With a Strong Hand

With a Strong Hand

Also, why does Moshe open with a long introduction about the Exodus before he issues the command to Bnei Yisrael to sanctify the firstborn? "Remember this day on which you departed from Egypt..." (Shemot 13:3) In addition Moshe commands them about Pesach, which was already previously mentioned in the parsha, and he also touches on the subject of tefillin: "It shall come to pass, when Hashem will bring you" etc – What is this introduction all about?

It should also be noted that throughout the introduction the phrase, "For with a strong hand G-d removed you from here" repeats itself three times – this is a striking phenomenon!

There is an important principle that helps in understanding the matter, which the Netziv mentions in Ha'amek Davar (Shemot 13:2) on the pasuk: "It happened on that very day: Hashem took Bnei Yisrael out of the land of Egypt, in their legions." (Shemot 12:51) What does the word "legions" mean in this context? The Netziv explains that the departure from Egypt was not a departure of individuals; it was as a unified group, in order to create the complete nation of Am Yisrael. Until the Exodus Am Yisrael had only appeared as individual people – Avraham, Yitzchak, Yaakov, and the tribes. However from the moment of the Exodus, Am Yisrael started appearing as a group, as a nation whose purpose was to worship G-d. The word "legions" (tziv'otam) is derived from "tzava," a single unit.

In order to create this kind of nation three things are necessary. The Torah refers to them as "a strong hand" – i.e. three things which are required in order for the nation to exist as a nation. A kingdom requires three things in order to maintain itself:

2.      Army and Generals – The army maintains the nation's existence against outside enemies. The generals are in charge of leading the army and are required to train themselves for the job.

In a similar manner, there is also a need in the spiritual regime of Am Yisrael for three "strong hand"s:

1.      Submitting to the yoke of Divine monarchy – To submit to Hashem and to believe that Hashem oversees Am Yisrael.

2.      The leaders of Israel – They lead the nation spiritually and Am Yisrael is required to treat them with awe and respect.

3.      Torah – The spiritual weapon of Am Yisrael, as the Gemara expounds of the pasuk, "Gird you sword ... O mighty one." (Tehillim 45:4) This refers to the Torah, which is compared to a sword, that protects the existence of the nation.

These are the three references to "a strong hand" that appear in the parsha.

In practice, the spiritual leaders of Am Yisrael are the firstborn, and this is Hashem's commandment: "Sanctify to me every firstborn." Hashem is commanding Moshe to "sanctify" them, to prepare them for the position of leading Klal Yisrael. This can be done only by redeeming the firstborn; "You shall redeem every human firstborn among your sons." The firstborn need to be redeemed in order for them to serve Am Yisrael, because otherwise they will remain sanctified and unable to serve as leaders. Thus, their sanctity is their redemption. This is the second "strong hand."

Finally, the Parsha concludes: "It [tefillin] shall be a sign upon your arm ... for with a strong hand Hashem removed us from Egypt." This is the weapon of Am Yisrael, the Torah that is the sword of Am Yisrael, since the Torah writes about tefillin: "So that Hashem's Torah may be in your mouth." Am Yisrael's entire existence relies on the Torah, their spiritual weapon.

Even in this generation we need to be aware of these three points. Am Yisrael's security and existence is dependent on Torah observance. It is the job of the spiritual leaders of the generation to serve the people and oversee their spiritual needs. Only through the acceptance of Hashem's sovereignty can the nation to exist, and through this the nation will survive any danger and calamity, and will be worthy of the blessing: "You will dwell securely in your land." (Vayikra 26:5) 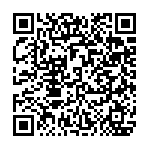