“And I am about to bring the flood, waters upon the earth, to destroy all flesh under the sky in which there is breath of life; everything on earth shall perish” (Bereishit 6:17). Noting the opening “and” in the first word, “va-ani,” which implies that this statement was a response to something that came before, Rashi comments: “I am prepared to agree with those who encouraged me [the angels] and already said before me, ‘What is man that you should remember him’ (Tehillim 8).” According to Rashi, Hashem regretted creating the world and decided to destroy it. The Ramban notes that this does not fit with the subsequent command to build the teiva, which ensures the continuation of the world, and he therefore offers another explanation.

In order to understand Rashi’s comment, we must examine the flood and the changes that it brought about.

We will begin with the Torah’s description of mankind’s fall, as described in the previous parsha: “And the bnei ha’elohim saw the daughters of man, that they were good, and they took for themselves wives from any that they chose” (Bereishit 6:2). Hashem’s reaction was: “My spirit shall not abide in man forever” (6:3). The Torah goes on to describe that Hashem “saw that man’s evil was great” (6:5). The only sin described here is one of promiscuity. Later, however, the Torah describes that Hashem decided to destroy the world due to “chamas” (6:13). Why doesn’t the Torah mention giluy arayot as the reason for the punishment? Chazal famously explain that the gezar din was sealed due to gezel, but why didn’t the Torah then begin by focusing on this sin?

Another difficulty relates to Hashem’s perspective on man. Before the flood, man’s yetzer, which is “evil from his youth” (6:5), is mentioned as the reason for man’s distance from Hashem. After the flood, however, man’s yetzer is mentioned as a reason to be lenient regarding his failings: “Never again will I doom the earth because of man, since the yetzer of man’s heart is evil from his youth; nor will I ever again destroy every living being, as I have done” (8:21).

It is clear from the pesukim and the explanations of Chazal that the nature of the world changed as a result of the flood in an extreme manner. These changes included changes in climate and, most profoundly, man’s lifespan, which was immediately shortened significantly, indicating that there were other changes in nature as well.

Before the flood, the physical nature of the world was very developed. Had man lived with proper recognition of Hashem, he would have found all of his needs taken care for without any trouble, in the manner in which the Rambam describes the time of Mashiach. Man would thus have had the opportunity to preparation necessary for contemplation of intellectual matters, which is his ultimate goal. However, the physical perfection of the world led man to become immersed in his physical desires, which determined his lifestyle and choices. The fact that the immoral acts described were perpetrated in public and by the higher strata of society, the “bnei ha’elohim,” indicated that the yetzer of man was immersed in evil to the degree that this appeared to him to be proper behavior. The spirit of Hashem could not join with man under such circumstances.

The perfection of nature also led to the second failing of man, gezel, which damaged human society, and thus wreaked destruction on the entire world. The punishment therefore affected not only man, but rather entailed uprooting the whole world. The angels foresaw this danger, and this is what Rashi means when he says that Hashem agreed with their assessment.

The new world that was created after the flood was weak and unstable. Man would thus recognize his weakness and his dependence on the forces of nature, as he needed to cope with them. This further increased his recognition of his dependence on other people, creating the basis for human society, and also made it easier for man to submit to Hashem.

These differences are reflected in the korbanot offered before and after the flood. The korbanot offered by Kayin and Hevel are referred to as a “mincha,” whereas Noach’s korban is called and olah and a rei’ach nichoach. Offering a korban that gives off a pleasant aroma expresses submission to Hashem, as it reflects Hashem’s “enjoyment” of the fact that His will was fulfilled. A mincha, in contrast, can also be offered to other humans. Before the flood, Hashem was the King and man was the central creation. This led to man’s admiration of his physical powers, as they reflected perfection. It was for this reason, Chazal teach us (Bava Batra 75a, based on Yechezkel 28:13), that Hashem created man with the need to excrete bodily waste – to remind man that he is not a god. This recognition is reflected in the offering of a korban.

In the new world created after the flood, the new system prevented the possibility of complete destruction. Thus, man’s yetzer was now a reason to be lenient with him. Hashem would now repair creation by making local changes, instead of starting from scratch.

The idea that the purpose of the flood was to destroy the existing and world and recreate a new world is expressed in the midrash (Bereishit Rabba 28:3): “It is comparable to an officer who built a palace and settled in it along with him inhabitants who were mute, and they would arise and inquire after the welfare of the king using gestures and signs. The officer said, ‘If these mute men arise and inquire after my welfare using gestures and signs, how much more so would they do so if they could speak!’ The officer then settled within the palace inhabitants who could speak, but they took over the palace, saying, ‘This palace does not belong to the officer, but rather to us!’ The officer said, ‘Let the palace go back to the way it was!’ So too, in the beginning HaKadosh Baruch Hu was praised only by the water… He said, ‘If the waters, which cannot speak, praise me, how much more so will man when I create him!’ The generation of Enosh came and rebelled, the generation of the flood and rebelled, the generation of the dispersion and rebelled. HaKadosh Baruch Hu said, ‘Let these depart and I will bring them [the waters]!’” The flood returned the world to the original stage of water, reflecting its destruction and rebirth. 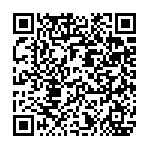