Parshat Vayechi: The Salvation at the Hands of Shimshon

In Yaakov’s blessing to Dan, he prophesizes, “Dan yadin amo ke’echad shivtei Yisrael.” Rashi explains that this refers to Shimshon, who was from shevet Dan. The story of Shimshon is one of the most difficult to understand in all of Tanach. His actions seem on the surface to be entirely inappropriate, yet the Rambam declares, “Do not think that Shimshon, who saved Yisrael…married non-Jewish women.”

In order to understand the story of Shimshon, we must first recognize that there is always a relationship between the shofet and his behavior, on the one hand, and the status of Bnei Yisrael in his particular generation, on the other. This is evident in the cases of Gidon and Yiftach, two shoftim that Chazal termed “kalei olam” – people who were not truly worthy of the status that they attained.

Sefer Shoftim describes that after Bnei Yisrael called out to Hashem to save them from the Midyanim, Hashem sent them a navi, who rebuked them for worshiping avoda zara despite the fact that Hashem had redeemed them from Egypte (Shoftim 6:7). There is no response recorded to this prophecy, which is critical of Bnei Yisrael. Instead, it is followed immediately by the story of the malach’s appointment of Gidon as leader. Hashem tells Gidon, “Go with this power of yours and save Yisrael.” How is this connected to the nevua that immediately preceded it? Chazal explain that upon hearing the nevua, Gidon said, “If Yisrael were worthy of being redeemed from Egypt, let us be redeemed in their merit. And if not, just as Hashem redeemed them even though they were unworthy, He should similarly redeem us now!” Hashem responded to Gidon’s argument, “Go with this power of yours” – the power of arguing on behalf of Bnei Yisrael. The nevua criticized Bnei Yisrael for being unworthy of redemption, and Gidon responded that Hashem should redeem them nonetheless. This was reflected in the manner of Gidon’s salvation of Yisrael, which was entirely miraculous. In this way, everyone would realize that the salvation came from Hashem, as Bnei Yisrael were not worthy of being saved.

We find a similar phenomenon in the case of Yiftach. Bnei Yisrael are criticized for doing teshuva only when they are suffering, immediately returning to their sinful ways once they are redeemed. Thus, when their prayers are answered, they must swallow their pride when they are saved by a man who they had rejected and expelled. Now, they had to lower themselves and accede to his every demand.

In contrast, the salvation that Devorah led was accompanied by a spiritual awakening and authentic teshuva (see Rashi on the pasuk, “Libi lemechokekei Yisrael”). She therefore mentions in her shira that the merit of the Torah saved Bnei Yisrael, and her leadership concluded with a complete overthrow of Yavin, one of the kings of Canaan. (According to Chazal, the Devorah’s war was a spiritual battle, and just like the redemption from Egypt, the salvation in her time began with oppression and concluded with a shira. Rashi indeed notes that it was in this merit that all of the people’s sins were forgiven.)

Shevet Dan is considered one of the least important of the shevatim, with regard both to Dan’s personal status among the shevatim, as well as the fact that avoda zara – one of Yeravam’s calves – was found in its portion. The spiritual nature of this shevet is concealed. This is why Yaakov compares Dan to a snake, and it also explains why, according to the gemara in Berachot, Shimshon was called by the name of Hashem, who is completely and utterly concealed. (This also explains why Shimshon was a nazir who was sanctified from birth, but we will not elaborate on this point here.) At the time of Shimshon, Bnei Yisrael were not worthy of an overt and obvious redemption. Instead, they received a salvation in a concealed and inferior manner.

We can understand Shimshon’s behavior on the level of the obvious and on the level of the hidden meaning. On the more overt level, at the time it would have been difficult to fight with the Pelishtim out in the open. A blatant rebellion would have led to outright war, and the Pelishtim were far superior militarily. Shimshon chose to fight a “guerilla war,” one that would prevent the Pelishtim from becoming too close to Bnei Yisrael. His acts were always somehow explained or justified, so that it always remained unclear if they were criminal or nationalistic in nature. And since Bnei Yisrael cooperated with the Pelishtim, they could not be blamed. (This cooperation in the realm of defense and security seems to indicate that the Pelishtim also had a Supreme Court…) The more that the Pelishtim feared, the less they appeared in the Jewish cities, and the less they bothered Bnei Yisrael.

On the hidden level, however, it was because Bnei Yisrael did not merit an overt redemption that they were redeemed in an inferior manner and they essentially remained in a status of galut. Bnei Yisrael were indeed drawn closer to Hashem when they saw the hashgacha that accompanied them even in their lowly state.

The mystical literature often mentions the concept of “birur,” “sifting.” On the simple level, this refers to the separation of the externalities that conceal the clear truth in physicality. This birur is accomplished through the performance of mitzvot and good deeds, as well as the contemplation of the revelation of hashgacha at all times. Shimshon, who was a nazir sanctified from birth, was connected to Hashem in all of his activities, to the extent that even his desire for a Pelishti woman was part of the divine process. His connection to holiness protected him from becoming impure as a result of his actions. It was for this reason that he was “called by the name of Hashem” – there was an apparent contradiction between his external actions and his internal, concealed self. The salvation of Yisrael thus came about through random, apparently logic-less actions. This should have led Bnei Yisrael to complete faith, which should have led to the complete redemption (as will eventually take place in the time of Mashiach). However, Shimshon’s failure (on his level of faith) led to his fall into the hands of the enemy, thus halting the process of geula that is dependent on man (see Ramban there). Thus, we are left with Yaakov Avinu’s tefilla: “Leyeshuatcha kiviti Hashem!” 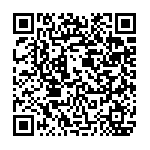