In the description of the construction of the Mishkan and its vessels, two vessels are not described in their proper place according to the logical order; one of them is the mizbei’ach haketoret described in our parsha. The construction of the Mishkan, the preparation of the bigdei kehuna, and the consecration of the mizbei’ach all lead to the resting of the Shechina among Bnei Yisrael, as is described in the final pesukim of perek 29: “ונועדתי שמה לבני ישראל ונקדש בכבודי וקידשתי את אוהל מועד ואת המזבח ואת אהרן ואת בניו אקדש לכהן לי ושכנתי בתוך בני ישראל והייתי להם לאלוקים,” “I shall set My meeting there with Bnei Yisrael, and it shall be sanctified with My glory. I shall sanctify the ohel mo’ed and the altar, and Aharon and his sons shall I sanctify to minister to Me. I shall rest My Presence among Bnei Yisrael, and I shall be their G-d.” Immediately afterwards, we find the command to construct the mizbei’ach haketoret.

The mefarshim suggested a number of explanations for the placement of the command to build the mizbei’ach haketoret.

The Seforno writes: “This mizbei’ach was not mentioned along with the other vessels in Parshat Teruma because its purpose was not to lead to the resting of Hashem’s Shechina among us… Rather, the purpose of this mizbei’ach was to honor Hashem after He had come to accept the service of His nation.” The central avoda of the Mikdash – the purpose of which was to bring the Shechina among Bnei Yisrael – was the service of the korbanot. For that service, all of the other vessels are necessary. In contrast, the ketoret is used as a means to thank and give honor to Hashem for accepting our avoda.

Based on this, one might come to the conclusion that the ketoret is not essentially important, but is rather an “add-on” to the korbanot. We find in many sources, however, that Chazal attributed special importance specifically to the ketoret. Indeed, the Torah describes the special status of the Levi’im in that “They shall place incense in your presence” (Devarim 33:10), and the means employed to determine who was chosen for the kehuna in the time of Korach was specifically the ketoret.

The Ramban, after noting the problem in the placement of the command of the mizbei’ach haketoret, explains as follows: “But the reason it is mentioned here, after the Mishkan… is because it said at the completion of the entirety [of the Mishkan], ‘And it will be sanctified with my glory” (Shemot 29:43)… He said that they would additionally be obligated to build a mizbei’ach…for the glory of Hashem. This was the secret that was transmitted to Moshe Rabbeinu – that the ketoret halts the plague (Shabbat 89).”

The explanation of Rabbeinu Bechayei (Shemot 30:8) helps clarify the rather mysterious words of the Ramban: “And for this reason the pasuk states, ‘May my prayer be established like the ketoret before you’ (Tehillim 141:2) – it does not say that it should be like a korban chatat or asham, as they are brought for sin… while ketoret is not brought as a result of a sin, but rather due to the joy.”

It appears that the explanation of the matter is that the korbanot are an expression of a person’s actions. One who repairs his actions and accepts the yoke of Hashem’s kingdom upon himself is worthy of having the Shechina rest upon him. The same is true of the avoda in the Mishkan, which parallels the world and man (as explained by many sources, and elaborated upon by the Kuzari at length). Through the korbanot, the Shechina rests upon Bnei Yisrael. However, after the repair of sin comes the repair of middot, which leads a person to rejoice with Hashem as a result of his awareness of Hashem’s glory. Thus, after the act of bringing a korban, there is an additional element of joy upon experiencing the presence of Hashem’s glory among us. That level is attained by Bnei Yisrael, who are inextricably bound to Hashem. As a result, the ketoret saves from death.

This fits with the Rambam’s statement regarding the great importance of feeling simcha upon performing a mitzva. Although simcha is not a precondition for the performance of the mitzva – from a halachic perspective, simcha is an additional component, not an essential one – it is nevertheless an important element of avodat Hashem. Only through simcha can a person become truly connected to Hashem. 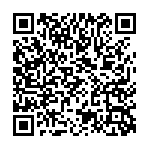