Sefer Bamidbar opens: "Hashem spoke to Moshe in the Wilderness of Sinai." (Bamidbar 1:1) What is the previous verse? "These are the commandments that Hashem commanded Moshe to Bnei Yisrael on Mt. Sinai." (Vayikra 27:34) Chazal comment in Yalkut Shimoni (I:684):

At the time that Bnei Yisrael received the Torah, the nations of the world were jealous of them. They said: Why are these worthy of drawing closer [to G-d] than all the [other] nations?G-d said to them: Bring your genealogical books just as Bnei Yisrael bring, as it says, "They established their genealogy according to their families." This is what it says, "These are the commandments," and adjacent to it, "Count the heads" – they merited to take the Torah only on account of the genealogy.

Why were the nations jealous; who stood in their way? After all, G-d went around to all the nations and they refused the accept the Torah?!

The sefer G'lilei Zahav explains this issue based on a Midrash in Parshat Bamidbar (Rabbah 13:3):

"A man's pride will bring him down low" (Mishlei 29:23) – this is [Mt.] Tavor and Carmel, who came from the end of the world, proud to say, "We are high and G-d will give the Torah on us.""But a lowly spirit will support his honor" – this is Sinai that lowered itself to say, "I am low." Therefore, G-d placed His honor on it, and gave the Torah upon it, and it merited all this honor, as it says, "G-d descended upon Mt. Sinai."

Chazal taught us that one who is haughty cannot receive the Torah. Only one who has the traits of his Master, to despise haughtiness and choose the trait of humility and low-spiritedness can receive the Torah. Thus, it says in Masechet Megillah (29a): "Why do you prance, O you mountains of majestic peaks" - Why do you want to adjudicate with Sinai? All of you are blemished relative to Sinai ... Rav Ashi said: This teaches that one is haughty is blemished." A haughty person who learns Torah – it does not remain with him. Chazal also say (Ta'anit 7b): Why is the Torah compared to water? Just as water leaves a high place and goes to a low place, so, too, words of Torah are not upheld other than in one whose mind is low-spirited.

This is the nature of Israel that they inherited from their forefathers: "Not because you are more numerous than all the peoples did Hashem desire you and choose you, for you are the fewest of all the peoples." (Devarim 7:7) Chazal taught: I desire you – because even when I give you greatness you minimize yourselves. 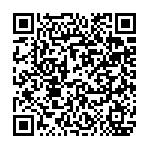