The gemara (Shabbat 21b) cites a dispute between Beit Shammai and Beit Hillel regarding the number of Chanukah candles lit each night. Beit Shammai say that we light eight candles on the first night, and one candle less on each subsequent night. Beit Hillel say just the opposite -- we start with one candle on the first night, and add a candle on each subsequent night. Why discuss Chanukah now, right before Succot? Because one of the reasons for Beit Shammai's opinion is that the Chanukah candles are parallel to the bulls that were sacrificed on Succot. Thirteen bulls were sacrificed on the first day of Succot, and on each subsequent day one less bull was offered. The question is, what is the connection between Succot and Chanukah?

This connection between Succot and Chanukah is found in a number of other sources, as well. In parshat Emor, all the holidays are mentioned, concluding with Succot. Immediately afterwards, the mitzvah of lighting the menorah in the Mikdash (Temple) is mentioned, which is explained in a number of sefarim as a hint to Chanukah. This juxtaposition of Succot and Chanukah also serves as an allusion that just as Succot is celebrated for eight days, so too is Chanukah. A similar connection is found in the Seder Hadorot, in explaining why Chanukah was established for eight days. He says that since the Jews were occupied with the war during Succot, they made up the celebration during Chanukah.

The Sefat Emet adds a further connection. He explains the mishna (Bikurim 1:6) which says that one may still bring bikurim after Sukkot until Chanukah, by saying that the rejoicing of Succot continues until Chanukah. What is this strange connection between Succot and Chanukah? Maran Rosh Hayeshiva, Harav Goldvicht, zt"l, provided the following interpretation.

Succot contains two aspects. On the one hand, it is the third festival of the Shalosh Regalim. On the other hand, it serves as the end of the Yamim Noraim. Rosh Hashana and Yom Kippur symbolize "teshuva miyirah" (repentance motivated by fear of punishment), whereas Succot symbolizes "teshuva meiahava" (repentance motivated by love of G-d). Through teshuva miyirah, intentional sins are considered unintentional, whereas through teshuva meiahava, they are considered as merits. This amazing idea can be understood based on the Ramban, who writes that the root of all positive commandments is ahava (love), while the root of all negative commandments is yirah (fear). Love spurs a person to be constantly active; fear causes him to be cautious, and, as a result, to be less active.

One who does teshuva miyirah tries to refrain from doing anything; one who does teshuva meiahava is always trying to do more, and to compensate for his sins. Where does he get all this energy from? He learned from his sins that he has the ability to be active. While he previously used that energy in a negative manner, he now uses it positively. In other words, his sins caused him to do mitzvot. Yom Kippur reflects the aspect of teshuva miyirah because it is a day of non-doing, while Succot reflects the aspect of teshuva meiahava, because a person is constantly doing mitzvot, more than any other holiday. The mitzvah of Succah especially emphasizes this, because everything that one does in the Succah is considered a mitzvah.

This can also help explain why Succot is called "Chag Haasif," the festival of in-gathering (Shemot 23:16). Besides the fact that it is the season in which one gathers in his crops, a person also gathers what appear to be worldly items, and imbues them with sanctity. All of the person's worldly actions, whether eating or sleeping, when done in the Succah are considered mitzvot! This is also one of the reasons that Kohelet is read on Succot. Shlomo Hamelech tells us, "Futility of futilities! All is futile!" (Kohelet 1:2) A person who harvests a bountiful crop might start thinking highly of himself, so Shlomo Hamelech tells us that everything in this world is futile and nonsense. BUT, if these same things are infused with sanctity, they are worth very much.

This explains the conclusion of Kohelet (12:13), "The sum of the matter ... Fear G-d and keep His commandments." If, bottom line, the purpose is to use these worldly items as tools in serving G-d, then everything is viewed differently. The Baalei Mussar explain this idea with the following parable. If many zeros are put together, the result is still zero, but if a 1 is attached in front, the more zeros that follow, the larger the number. If a person infuses sanctity in his actions, they are worth very much. On Succot, a person is constantly putting sanctity into all of his actions.

We can now understand the connection between Succot and Chanukah. This point of infusing actions with sanctity was in essence what the war between the Greeks and Jews revolved around. The Greeks viewed "chochma" (wisdom) as something external, which is not intended to have any effect on one's behavior. One the other hand, the Jewish approach is, "The goal of wisdom is repentance and good deeds" (Berachot 17a), the purpose of one's learning is to integrate it into his daily life.

This is the connection between Succot and Chanukah. Succot is the festival which illustrates how we raise our worldly actions to a level of kedusha (holiness), and Chanukah is the rabbinic holiday which mirrors this idea.

Beit Shammai's position is also understandable now. When we view this world through the correct perspective, numbers are meaningless. One cow is equal to many cows when used to achieve the goal of serving G-d. What is important is HOW the animal is used, and to emphasize this, Beit Shammai say that we count down.

May we merit to elevate all of our actions during Succot, and, G-d willing, to sit in the Succah of the Leviathon! 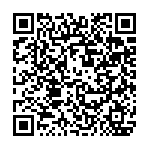 The Sin of the Spies
Rav Ari Katz
E