Haftorah: The Redemption of Zion and its Returnees


R. Chaim added that Zion, which symbolizes Klal Yisrael, has a promise that it will be redeemed in any case: "Your children will return to their border." (Yirmiya 31:17) The Ohr Hachaim writes that the redemption will come even if all of Israel are completely wicked, G-d forbid. However, the returnees, the individuals – will not be redeemed other than in the merit of their good deeds: charity. 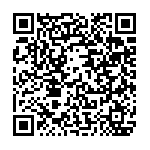