This is the Land that will Fall to You

This is the Land that will Fall to You

Sefer Bamidbar concludes the period of the exile in the desert. At the end of the fortieth year, we are at the entrance to Eretz Yisrael; we conquer the eastern bank of the Jordan River, map the boundaries of the Land, and prepare for battle.

This mitzvah of possessing the land is a permanent one for all generations, as the Ramban writes (addendum to Rambam's Seder Hamitzvot #4):

We are commanded to possess the Land that G-d has given us, and that we should not leave it in the hands of any other nation or desolate without inhabitants, as it says in Parshat Masei, "You shall possess the Land and you shall settle in it."

The rejection of "the coveted land" (cf. Tehillim 106:24) is what caused the long exile. Yet, in many people's mind, the question persists, why did G-d "imprison" us specifically in this tract of land?

The Ramban deals with this at length in Parshat Acharei Mot. In a succinct manner, Rav Kook zt"l writes in his introduction to Orot:

Eretz Yisrael is not something external, an external acquisition of the nation, merely as a means for the goal of the general assemblage and maintaining [the nation's] material, or even spiritual, existence -- Eretz Yisrael is bound to the nation with a bond of life.

Every means has a substitute. When we see Eretz Yisrael as a means for the security of Am Yisrael, as a national, or even cultural, center, it is possible in times of need to find a substitute. However, Eretz Yisrael is the Land of Life. On the pasuk, "I shall walk before Hashem in the Land of life" (Tehillim 116:9), Chazal comment: "This is Eretz Yisrael." Similarly, the Torah says numerous times, "So that you may live, and come and possess the Land." (Devarim 4:1; 8:1; 11:8) Since the nature of Israel is, "You who cling to Hashem, your G-d -- you are all alive today" (Devarim 4:4), this life and this clinging are possible only in the land of life. Just as a person does not seek explanations for the essence of life, so, too, there is no need to provide reasons for living in Eretz Yisrael, since life is primarily in it.

Therefore, Israel does not find a complete life other than in this place. Chazal interpret the pasuk, "The dove could not find a resting place for the sole of its foot" (Bereishit 8:9), as alluding to Knesset Yisrael, which is compared to a dove. This is what it says: "Among those nations you will not be tranquil, there will be no rest for the sole of your foot." (Devarim 28:65)

Eretz Yisrael is not only a place to live in, but rather it is the Sanctuary of Hashem (Yirmiya 7:4), as the Ramban writes. The phrases, "Cain left the presence of Hashem" (Bereishit 4:16), "Yonah arose to flee to Tarshish from before Hashem" (Yonah 1:3), allude to Eretz Yisrael. The Ramban (Vayikra 18:25) writes about this:

We may not explain more about the [Kabalistic] notion of the Land, but if you are able to understand the first "earth" mentioned in the pasuk, "In the beginning" ... you will understand a great and hidden secret, and you will understand what our Sages said, "The Temple up above corresponds to the Temple below."

His intention is that when it says, "In the beginning G-d created the heavens and the earth," (Bereishit 1:1), this means that He first created the "upper" earth, and afterwards the corresponding "lower" one.

This is what it says in our parsha, "This is the land that will fall to you as an inheritance." (Bamidbar 34:1) Chazal ask, "Does the land fall?" The Sfat Emet explains their answer to mean that so long as the Canaanites were in it, the necessary vessels to contain the "upper" earth were not yet formed. Only when Israel enters it, the upper earth "falls" and connects with the lower one, and thereby a parallel is formed between the upper realms and the lower one.

The battle over Eretz Yisrael is not over territory or the rights of other nations. This is a universal war over G-d's Throne in the world: "For the Hand is on the Throne of G-d etc.-- His Name is not complete and His Throne is not complete until Amalek's name is eradicated." (Shemot 17:16 and Rashi there) Therefore, the concluding phases of the war will focus on Yerushalayim, since, "At that time people will call Yerushalayim, 'The Throne of Hashem.'" (Yirmiya 3:17) and the nations of the world are seeking to prevent this. Otherwise it is impossible to understand the great interest of all the nations in this small place.

However, we are sure, as we say in our prayers, that "not one word of Your words will return empty," "and our eyes will see Your return to Zion with mercy." 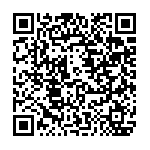