The Impurity of Tzaraat

The Impurity of Tzaraat

The laws of tumah and tahara (ritual impurity and cleanliness) are included in the category of "chukim" (statutes) that are above human comprehension, as the Rambam writes, "It is clear that ritual impurity and cleanliness are by Divine decree, and they are not amongst the things that human intellect determines. They are included in the chukim." (Hil. Mikvaot 11:12) Even so, the laws of tumat tzaraat stand out.

This fact is expressed, first, by its unique laws. As the Rambam points out in his introduction to Seder Taharot, this is the only tumah which issues from inanimate objects (clothing and houses). It is further evidenced by the special status of the Kohen in these laws. Only upon his declaration is the affliction determined to be tzaraat, and the process of impurity and cleanliness is dependent on him from beginning to end. (Even if the Kohen is not knowledgeable and requires a Yisrael to instruct him in the law, still, only the pronouncement of the Kohen renders the status of tzaraat.(

Moreover, the very phenomenon of tzaraat, in contrast to other forms of tumah, is unique and miraculous. This is true not only regarding tzaraat of clothing and houses, where it is clear that the very change of color has no natural explanation, but even regarding tzaraat of people, which seems to deal with natural illnesses and phenomena, the laws of tumat tzaraat do not conform to its medical state. In this vein, the Rambam writes in his Commentary to the Mishna in explaining the usage of term" rasha" (wicked) by the Mishna (Negaim 12:5):

It says, "If so [the Torah is concerned] about [the property] of a RASHA," based on a principle that we will explain to you. Namely, the tzaraat mentioned in the Torah, [Chazal] said that it is a punishment for one who speaks lashon hara ... and this matter is like a miraculous sign or wonder, like the waters of the sotah. You see that they are things that are not natural, and logic does not dictate them at all, because ... [the Torah] purified one who turned completely white, while that is the epitome of tzaraat, the hardest and most severe form of it! Rather, they are matters that are based on tradition. He writes a similar idea at the end of Hil. Tzaraat, as well. We need to understand, what is this special quality of tzaraat?

Upon reflection, we notice that the concept of "tumah" is always associated with the cessation of life, or with the departure and detachment of something from its natural environment, such as a corpse and an animal carcass. With this, we can explain why menstrual blood and semen cause tumah, whereas urine and fecal waste do not. Blood and semen had the ability to form life, but they were detached from their source and lost this ability, and so they cause tumah. The waste products expelled by the human body, however, are insignificant extras and leftovers. They are like a carcass that has rotted, which, by decaying into dirt, loses its status of tumah. (This is paralleled by the "ruach ra'a" that dwells on a person in his sleep through the temporary departure of his soul.) Similarly, we find in the realm of sacrifices that anything which leaves its defined parameters becomes tameh, such as with the para adumah (red heifer), se'ir hamishtaleach (cast away he-goat), and the burnt sin-offerings, that all who deal with them outside of the azarah become tameh.

Regarding the tzaraat of clothing the Ramban writes (Vayikra 13:47):

This phenomenon is not at all natural, and does not commonly exist in the world. The same is true regarding the tzaraat of houses. However, when Yisrael are complete in their service of Hashem, G-d's spirit will be upon them constantly, to maintain their bodies, clothing and houses in good appearance. When one of them happens to sin and transgress, a distortion will be formed in his skin or his clothing or his house to show that Hashem has departed from him ... This matter will only be in the chosen land that G-d dwells in it. The Ramban is saying, in essence, that tzaraat expresses the departure of G-d's spirit from a person and the removal of the Divine Presence, and this causes the blemish. Since this blemish emanates from the removal of the Source of Life, therefore, it causes impurity. And while all of the illnesses and afflictions that come upon a person certainly flow from a person's being abandoned to chance, and from the removal of the Hashgacha Pratit from him, that flows merely from the person's being on a low level and given over to chance. The illness itself, however, does not reflect the very removal of the Divine

Presence, but rather it is either a chance occurrence or a punishment.

This is not true, however, regarding tzaraat, which exists only when the person is on a high spiritual level, and this is a punishment which reflects nobility. Here, the affliction itself expresses the removal of spiritual vitality, which flows from G-d's spirit in this man or place.

For this reason Chazal compare the metzora to a dead person. (Nedarim 64b)

A person is commanded to act with holiness in regards to his physical needs and to his surroundings, which is expressed through the laws of nonkosher foods and their tumah, and if he does not observe them he defiles himself. In the same way, he is commanded in our parsha about the laws of tumah that are unique to Man. The parsha opens with the laws of childbirth and its associated tumah. (See Rashi at the beginning of the parsha in explaining the connection of parshiot Shemini and Tazria, "Just as the formation of man followed all the animals, beasts and birds in creation, so too his laws were explained after the laws of the animals, beasts and birds.") It continues with the laws of negaim, which are connected to behavior that is uniquely human, as evidenced by the list of sins for which tzaraat comes (lashon hara, stinginess, haughtiness, etc.).

With this we can explain the miraculous nature that characterizes tzaraat as something that comes to show direct Hashgacha on the sin and its punishment. We can understand, as well, the special status of the Kohen, since the function of the Kohen in the Temple and outside of it is to connect man and G-d, and to teach him the way to true completion. This idea is expressed by the Sforno (Vayikra 13:5): It is a Divine decree that the tumah of negaim and their tahara should be only through the Kohen, "For the lips of the Kohen should safeguard knowledge" (Malachi 2:7), and they will instruct the afflicted to examine his deeds and to pray for himself, and the Kohen will also pray for him. 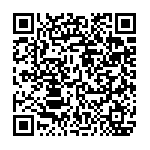