In its Time I will Hasten It

In its Time I will Hasten It

Many divergent explanations are offered as to the simple meaning of this statement. However, in the realm of drash, Chazal's words are associated to the notion of teshuva and geulah. The prophets compare the relationship between G-d and Israel to the relationship between a man and his beloved. There is an argument between them who should take initiative and appease the other. G-d requests, "Return to Me and I will return to you," whereas Knesset Yisrael requests, "Bring us back to you and we will return."

This argument has ramifications as to the nature of the redemption: "I, Hashem, in its time will hasten it." (Yeshaya 60:22) Chazal comment: "If they are worthy – I will hasten it; it they are not worthy – in its time." (Sanhedrin 99a) If Israel are worthy, the redemption will come quickly; when they are not worthy – it will come in its due time. Chazal further comment that there are two types of redemption. The redemption can come in a quick and miraculous manner, "Behold! With the clouds of heaven" (Daniel 7:13), and it can come in its own slow pace, "A humble man riding on a donkey." (Zechariah 9:9) The question is whether the redemption will come be'itaruta dele'eila, initiated by G-d, or with itaruta deletata, that we will initiate and we will arouse the redemption through our actions.

Chazal explain in this manner additional contradictions in the verses. In one place it says, "raglei mevasser" (the feet of the herald), in masculine form, while in another place it says, "mevasseret Yerushalayim" (herald of Yerushalayim) in feminine form. Chazal apply to this the pasuk, "How long will you slip away, O wayward daughter?" (Yirmiya 31:21) Rashi explains: How long will you hide and not return to me, you rebellious daughter, "For Hashem has created something new in the world – that the woman will court the man," that the woman will seek after the man. When the woman seeks the man, and Knesset Yisrael seeks G-d, then the redemption will be like a man; it will come quickly and with ease. When they are not worthy, the strength of the redemption will be weak like a woman and will come slowly and lazily.

The Mechilta in Parshat Beshalach states that when the redemption is compared to a man, there is no more subjugation afterwards. However, when it is compared to a woman, they are subjugated once again, just as a woman gives birth with pain, and when the infant is born she is redeemed from her suffering, yet she repeats this and suffers again. Therefore they compare the complete redemption to a man, and the slow redemption to a woman. This matter depends on the willingness of Israel to take initiative for the first step, or whether they sit passively and expect G-d to do the work. The Midrash Kohelet Rabbah (1:1) relates that R. Chanina b. Dosa sought to bring a large stone up to Yerushalayim to the Beit Hamikdash. He came upon five laborers, but didn't have the sum that they requested, so they left him and went away. G-d arranged for him angels in the form of laborers, and they said to him: "Give us five selaim and we will bring your stone up to Yerushalayim, provided that you put your hand and finger to it." He put his hand and finger in with them, and they found themselves in Yerushalayim. He wanted to give them their wages, but didn't find them. He entered the lishkat hagazit (where the Sanhedrin sat) and inquired about them, and they said to him: "It appears that angels brought your stone to Yerushalayim."

This is just like the Ark, which actually bore those that carried it (Sotah 35a), and yet, "they carried on the shoulder." (Bamidbar 7:9) Without the help from below, G-d does not do anything from above. However, when we help with even our small finger, G-d completes everything from above.

Thus, the Chozeh of Lublin explains Chazal's comment: When G-d, who is called "man" initiates from above, the redemption will appear in the form of a female. However, when the woman provides the seed first, and Knesset Yisrael initiates, then the redemption will come in the masculine form, with force and speed, and there will be no sadness afterwards. 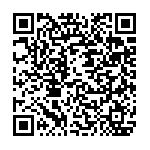