"Behold! A ladder was set earthward and it's top reached heavenward." (Bereishit 28:12) The Torah first mentions the relationship between heaven and earth at the beginning of Creation, as it says: "In the beginning G-d created the heaven and the earth." There, the Torah mentions heaven first and earth second. However, in ch. 2, this order is reversed: "These are the products of the heaven and the earth when they were created, on the day that Hashem G-d made earth and heaven." (Bereishit 2:4) The Mesora there notes that the only other place in which this reverse order appears is in Tehillim: "His glory is above earth and heaven. And he will have exalted the pride of his nation." (Tehillim 148:13-14)

There are two ways of viewing heaven and earth. On the one hand, heaven is the higher and more spiritual, the source of Hashem's influence, while earth is the lower, material and recipient of the influence. On the other hand, ever since Hashem created the Jews to tell his glory and gave them the Torah, the direction has been reversed, and earth is the source that influences from below to above: "I have placed my words in your mouth - and with the shade of my hand have I covered you - to implant the heavens and to set a foundation for the earth." (Yeshaya 51:16) In Nefesh Hachaim, Rabbi Chaim Volozhoner comments on the pasuk, "Man became a living being" (Bereishit 2:7), that man is the living being of all the worlds and that everything depends on him.

"The heaven is my throne and the earth is my footstool." (Yeshaya 61:1) Heaven is greater than earth, just as a throne is greater then a footstool. The author of the Tanya writes, though, that there is a virtue in a footstool that a throne does not possess. Even a throne diminishes the height of the person when he sits down on it, while a footstool raises the feet that are placed on it. So, too, the earth raises the heaven.

Creating is the initial G-dly work, ex nihilo, something out of nothing. However, doing is the job and virtue of men, "which G-d created to do." (Bereishit 2:3) G-d creates and man continues to do and repair.

"These are the products of the heaven and the earth when they were created." From the perspective of creation, heaven comes first. Yet, from the perspective of man's doing and repairing, earth comes first: "...on the day that Hashem G-d made earth and heaven." Between the two parts of the pasuk it says: "when they were created (b'hibaram)." Chazal point out that the letters of "b'hibaram" spell out the name of Avraham. Avraham, and later Am Yisrael, are the reason behind the revolution that placed earth before heaven.

"His glory is above earth and heaven", because he exalted the pride of his nation, "Causing praise for all his devout ones, for Bnei Yisrael, his intimate people." Ever since Hashem chose Am Yisrael as his intimate people the direction has been reversed and now earth comes before heaven.

"He dreamt, and behold! A ladder was set earthward and its top reached heavenward." Chazal note that the numerical value of "ladder" (sulam) equals that of "Sinai." "Set earthward" parallels what is written at Sinai, "they stood at the bottom of the mountain." (Shemot 19:17) "It's top reached heavenward" parallels, "the mountain was burning with fire up to the heart of heaven. (Devarim 4:11) The Revelation at Har Sinai is the ladder whereby man can climb from earth to heaven in order to connect between them.

"Behold! Angels of G-d were ascending and descending on it." Angels belong in heaven, and therefore the Torah should have written, "descending and ascending." Why were the angels first ascending? The Torah is teaching that angels are our actions and influences that flow from us down below to heaven. Chazal teach: "Angels of G-d are the merits as it says, 'but a single defending angel out of a thousand.'" (Iyov 33:23) The Maharal writes in Sefer Hatiferet that the mitzvot that we perform are likened to a rope that pulls the person out of the bottommost pit, to place him with the King, Hashem, Master of Legions. Thus, from man's perspective, the deeds come first. They are what ascend to above and then later return and influence from above to below. Therefore, the angels of G-d ascend first and later descend.

If a person is seeking for a way to meet G-d, there is no need to climb the loftiest heights and to ascend to heaven. It is possible to discover him here in our place, the material world of doing. "Surely Hashem is present in this place" - "Behold! Hashem was standing over him."

This is what Rav Kook zt"l wrote to those who seek Hashem above: They need to be shown the way, how to enter the pavilion - through the gate, The gate is Hashem's G-dliness that is revealed in this world. (Zer'onim) 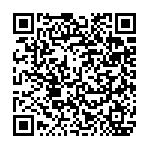