The Value of Teshuva

Chazal teach us that those who repent are greater than the completely righteous. This is very hard to understand. What does the righteous person, who has never sinned before, lack?

We are in the midst of the month of Elul, a period that is designated for Teshuva. This period parallels the same Teshuva process that occurred in the desert. The period started on the first day of Elul, when Moshe ascended the mountain for the third time, and finished on Yom Kippur, when the second Tablets were given and Am Yisrael was told that their Teshuva was accepted. These days were set for the future generations as days of forgiveness and atonement.

Once again, there is an impression that on Yom Kippur Am Yisrael received what they did not receive the first time, before the sin of the golden calf. This is expressed in the thirteen attributes of mercy. (See also the Ramban who wrote that the latter honor – of the second Tablets – is greater then the former.)

On the other hand, the Gemara writes in Avoda Zara: "Am Yisrael were not deserving of that act (of the golden calf). Rather, it was to reveal the path of repentance." From this it would appear that it is better not to sin than to sin and repent!

On the simple level, we understand that Teshuva comes only as a correction for the sin, and therefore it is obviously better not to sin in the first place than to sin and correct through repentance.

However, the matter is much deeper. The trials that a person has to endure in this world are rooted in the reality of a world in which natural laws and boundaries govern. This circumstance conceals from man Hashem's complete and eternal control. It is man's role to deal and live in the world according to the true recognition of the Divine.

When a person fails – he grows farther from Hashem; when he succeeds – he becomes closer to him. This is the basic concept of reward and punishment.

However, the repentant reveals another angle of Hashem's presence in the world: Despite any failure - as great as it may be - a person is still close to Hashem and can always return to him. No boundary or failure in the natural world can ever cancel this option.

We can learn from this that the option of Teshuva, which is rooted in "bina," is above the world. The righteous person is the "yesod" of the world. He is the person who lives and expresses through his life and actions Hashem's will and connects the world to the Creator. Teshuva comes before the world because Teshuva shows that even after the creation, the world does not distance the person from Hashem completely. Instead, the purpose of the entire creation is for it to return at the end of the process to its Heavenly source.

The repentant is a person who can find a connection to Hashem in any situation. Therefore the level of faith that he displays is higher than the righteous person's.

Any person can be a repentant, even if he never sinned during his life and only possesses good attributes! The very fact that he has a corporeal body that lives in the natural material world creates a reality of distancing. The person's inner reflection and desire to ascend to a higher state reveals the power of Teshuva.

Chazal learn from the pasuk: "Let your garments always be white, and your head never lack oil" (Kohelet 9:8), that a person should repent before his death. This is said not just regarding the sinner and the wicked, but also that every person should rise above himself to the task. The more he handles himself and tries to become better – the more he is truly repentant. This is the inner secret of the days of Teshuva.

These days reveal, even to those who are not in a Torah and Yeshiva atmosphere, that no matter where a person is – he can discover Hashem nearby and it makes no difference from where he calls out to Him. Every effort and toil, every action – as small as it may seem in our eyes that measure everything by quantity – all these actions add up through the power of Teshuva that is revealed during these days into a process that sets the person on the uplifting path of approaching Hashem. 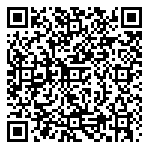