Mt. Sinai and the Tabernacle

"They shall make a Sanctuary for Me – so that I may dwell among them." (Shemot 25:8) The Ramban writes in the beginning of Parshat Teruma:

The deeper meaning of the Mishkan is that the Glory that dwelled on Mt. Sinai should dwell on it in a hidden manner, as it says there: "The glory of Hashem rested upon Mt. Sinai" (Shemot 24:16) ... and is also says about the Mishkan, "The glory of Hashem filled the Mishkan." (40:34) Similarly, it says at Mt. Sinai, "Moshe approached the thick cloud where G-d was" (20:18), and about the Mishkan: "The cloud covered the Tent of Meeting." (40:34) Similarly, Mt. Sinai was bounded: "Lest they break though the [boundary] to Hashem to see, and a multitude of them will fall" (19:21), and about the Mishkan: "[Aharon] shall not come at all times into the Sanctuary." (Vayikra 16:2)

G-d did not descend on Mt. Sinai just in order to give the Torah, but for the purpose of fulfilling the Divine plan, "G-d desired to have a dwelling in the lower realms." The trials of this began immediately with the Creation (Bereishit Rabbah 19:12-13):

"They heard the sound of Hashem G-d wandering (mit'halech) in the garden" (Bereishit 3:8) ... It does not say "walking" (mehalech), but rather "wandering" (mit'halech) – jumping up. The Shechina (Divine Presence) was primarily in the lower realms. When Adam sinned, the Shechina moved away to the first heaven. Cain sinned – it moved away to the second heaven ... Egypt [sinned], in the days of Avraham – to the seventh. Corresponding to them arose seven righteous people, and they are: Avraham, Yitzchak, Yaakov, Levi, Kehat, Amram, Moshe ... Moshe arose and lowered it from above to below.

Thus, the culmination of Moshe's activity was the dwelling of the Shechina in the world, and especially amongst Israel.

Is there a purchase where the seller is sold with it? G-d said to Israel: I sold you My Torah – as it were, I was sold with it, as it says, "Let them take Me a donation" – "Me."

The Gemara in Masechet Shabbat (105a) also interprets the opening word of the Ten Commandments, "ANoKhiY," as an acronym – "Ana Nafshi Ketivat Yehivat" (I wrote Myself and gave it). I.e., G-d wrote himself in the Torah and gave it to Israel, and thereby gave Himself to Israel.

The Divine Presence of Sinai is particularly manifest in the Altar. The Altar was composed of units that were placed on one another, with each unit narrower than the other, so that in the end the Altar looked like a mountain. Indeed, the Altar is referred to in Sefer Yechezkel as "harel" (43:15) – the mountain of G-d. Just as at the Mt. Sinai the Shechina was "like a consuming fire on the mountaintop" (Shemot 24:17), so, too, "A permanent fire shall remain aflame on the Altar." (Vayikra 6:6) Thus, the Altar is Mt. Sinai in miniature. Rav Hirsch writes that this, perhaps, is the meaning of what it says in Sefer Bamidbar about the daily sacrifice: "It is the continual burnt-offering, done at Mt. Sinai" – the Altar is called Mt. Sinai.

It is possible that the reason for this parallelism is so that the Altar will not be viewed as a form of cultic practice. We need to realize that the whole idea of the Mishkan is the continuation of the Divine Presence of Sinai, Matan Torah, and not the offering of sacrifices itself. This erroneous perspective could leave to a great failure, just as later on, in fact, the people of Yerushalayim said: "The Sanctuary of Hashem, the Sanctuary of Hashem, the Sanctuary of Hashem are they" (Yirmiya 7:4), and they were sure that no harm would come upon them. However, the Divine Presence removed itself, and the Temple and its vessels were left without meaning. The analogy of the Altar to Sinai, as "harel," teaches us that the primary value of the Mishkan and the service of the Altar is to continue the feeling of closeness to G-d that was revealed at Sinai, even at a time that Israel was distant from it.

This is also the meaning of the pasuk: "The poles shall remain in the rings of the Ark; they may not be removed from it." (Shemot 25:15) Leaving the poles in the Ark, even when it is not being moved, indicates that the Torah is not fixed in a certain place – unlike the Temple that is built, "in the place that Hashem will choose." (Devarim 26:2) The Torah is not fixed to one place, and it is always possible to move it with the poles from place to place. The Shechina that was revealed during Matan Torah at Mt. Sinai accompanies Am Yisrael in all their wanderings. 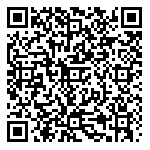